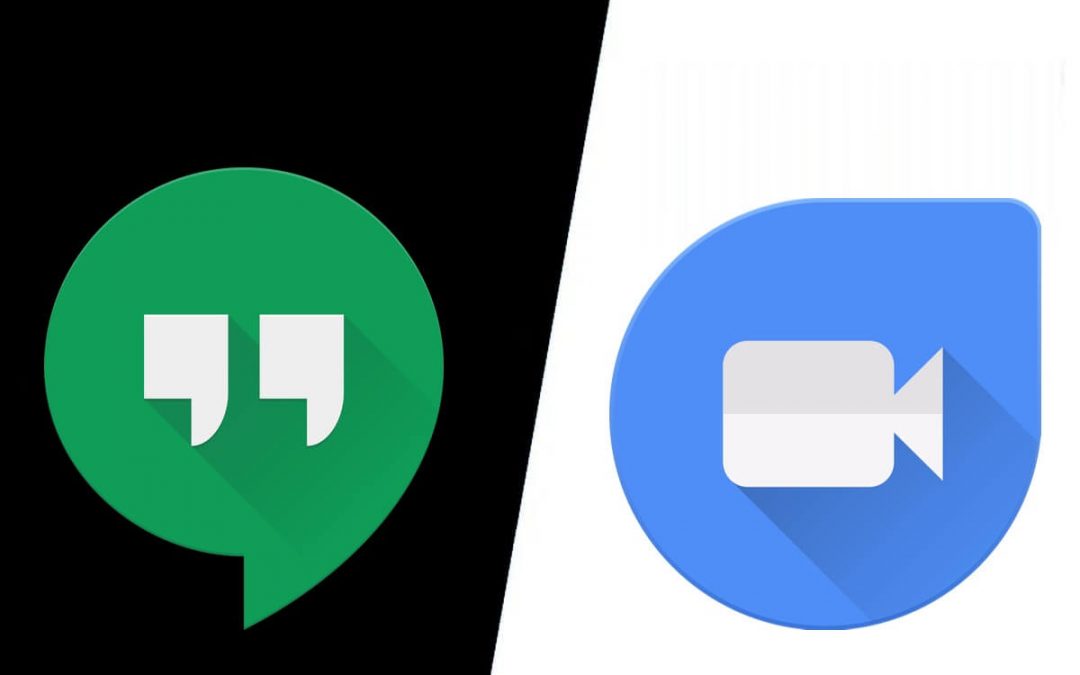 We often search for the best video calling apps when we are far away from our home. As smartphones’ usage increases day by day, several video calling apps have emerged into the market. It includes Google Duo, Hangouts, Skype, Facebook messenger, and many more. In this guide, we have put Google’s two popular apps head-to-head: Google Duo and Hangouts. Find out the comparison between these two apps to select the best video chat app of your choice.

What is Google Meet?

Before finding the comparison, Google Duo vs Hangouts, you should know about Google Meet. It is the re-branded version of Google Hangouts created for professional purposes. While comparing with Google Hangouts, it provides features like webinars, screen sharing, and a few more. The group call feature on Google Meet supports 100 participants for non-G Suite users. People with G Suite can add up to 250 members in a single meeting.

Both Google Duo and Hangouts are owned by Google and provide some distinct features to compete with other video calling apps. Let’s peek the comparison between these two apps and pick the best one.

When it comes to platform support, both apps support only on Android and iOS devices. They come as a pre-loaded application on some of the Android devices. If not, users can download it officially from the Google Play Store, and the iOS users need to visit their App Store to get these apps. The Windows, Mac, and Linux users can use the web version (Google Duo – duo.google.com, Google Hangouts – hangouts.google.com) to make audio or video calls right from their desktop or laptop.

Both Google Duo and Google Hangouts support group call feature. Only the participant limit will vary. With Google Duo, you can make a group video call with 12 members. On the other hand, the conversations on Google Hangouts can include up to 150 members. For a video call, you can add only 10 members (Gmail and G Suite basic) or 25 members (G Suite Business and G Suite Education). If you’re a business user and want an app with an enhanced call limit, it is recommended to use Google Meet. On the downside, Google Duo doesn’t support group audio calls, and it supports only group video calls.

The most primary aspect that you need to consider while selecting an app is video call quality. While testing both apps, Google Duo provides better quality than Hangouts. The colors during the video calls are more realistic and vibrant. Moreover, the connection is more stable than Hangouts. So your video doesn’t freeze so often. It doesn’t mean Google Hangouts is poor for video calling. It gets the job done, but the difference in video quality compared to Duo is slightly lower than we expected. For enhanced video calling, Google Duo is the best choice.

Google Duo lets you add various effects during a video call. To get those effects, just tap the three-dot menu icon while you are on a video call and tap the effects section. It will display different effects and masks to choose from. While making conversations with your friends and family members, these fun features make your video chat more interesting. On the other side, Google Hangouts lacks the support to add filters or effects on the video call.

Google Duo app provides some interesting features like low light mode, knock-knock, family mode, and data saver. As a Google duo user, I am very impressed with the knock-knock feature. It provides a live video preview of the caller before answering them. You can enable the low light mode to make video calls in dim light conditions.

On Google Hangouts, you can’t expect these features. It functions as a simple messaging platform to send messages and to make internet-based audio/video calls.

As Google owns both applications, you no need to worry about privacy issues. Google uses end-to-end encryption to make the calls private between you and the person you’ve contacted. Regardless of the platform, all the video and audio calls made through Google Duo and Hangouts are encrypted automatically.

Related: Google Duo vs Skype – Which one is better?

Google Duo vs Hangouts – Which one to choose?

Now, the final question will be which one to choose? Select the best one according to your preference. If you need a simple video calling app without any effects or filters, Hangouts is the best one to download. However, if you want more video calling features, we recommend you to choose Google Duo. In terms of group call support, both apps offer the same participant limit. So, you can choose anyone for group video calls. Mention your favorite app in the comments section.